2021 is the first year in which the offshore wind energy zone, located between 23 and 54 km from the coast, has become fully operational. As of the end of 2020, the operational wind capacity in the Belgian North Sea amounts to 2,262 MW, which is comparable to the capacity of the two largest nuclear reactors (Doel 4 and Tihange 3) combined.

Operational wind farms result in significant CO2 savings in Belgium. For example, it is estimated that, with the current share of offshore wind energy in the energy mix, the emission of 3 million tons of CO2 is avoided every year. By way of comparison, this is the annual CO2 absorption of 3,000 km2 of forest in our climate. An area as large as East Flanders would have to be forested to create the same effect.

The winter months are generally those with the highest offshore wind power generation. For example, we have observed high electricity production in February, March and April, as well as in October 2021. This seasonal peak in production often coincides with increased electricity demand in the autumn and winter months.

During the summer months of 2021, there was, as usual, less electricity generation in the North Sea. The summer period is also associated with lower electricity demand and higher electricity production from solar energy. As the graph shows, solar and wind energy are therefore very complementary. 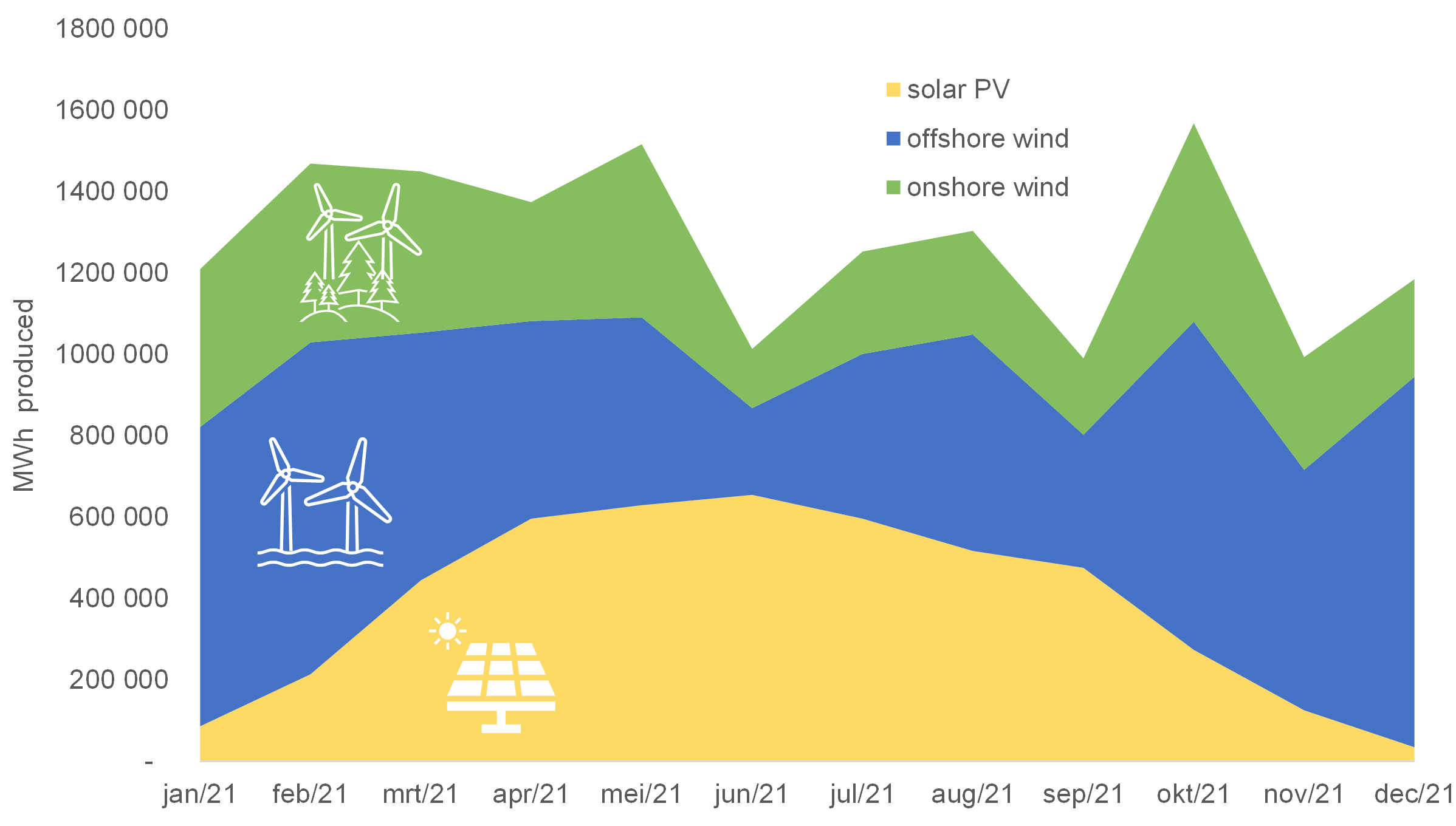 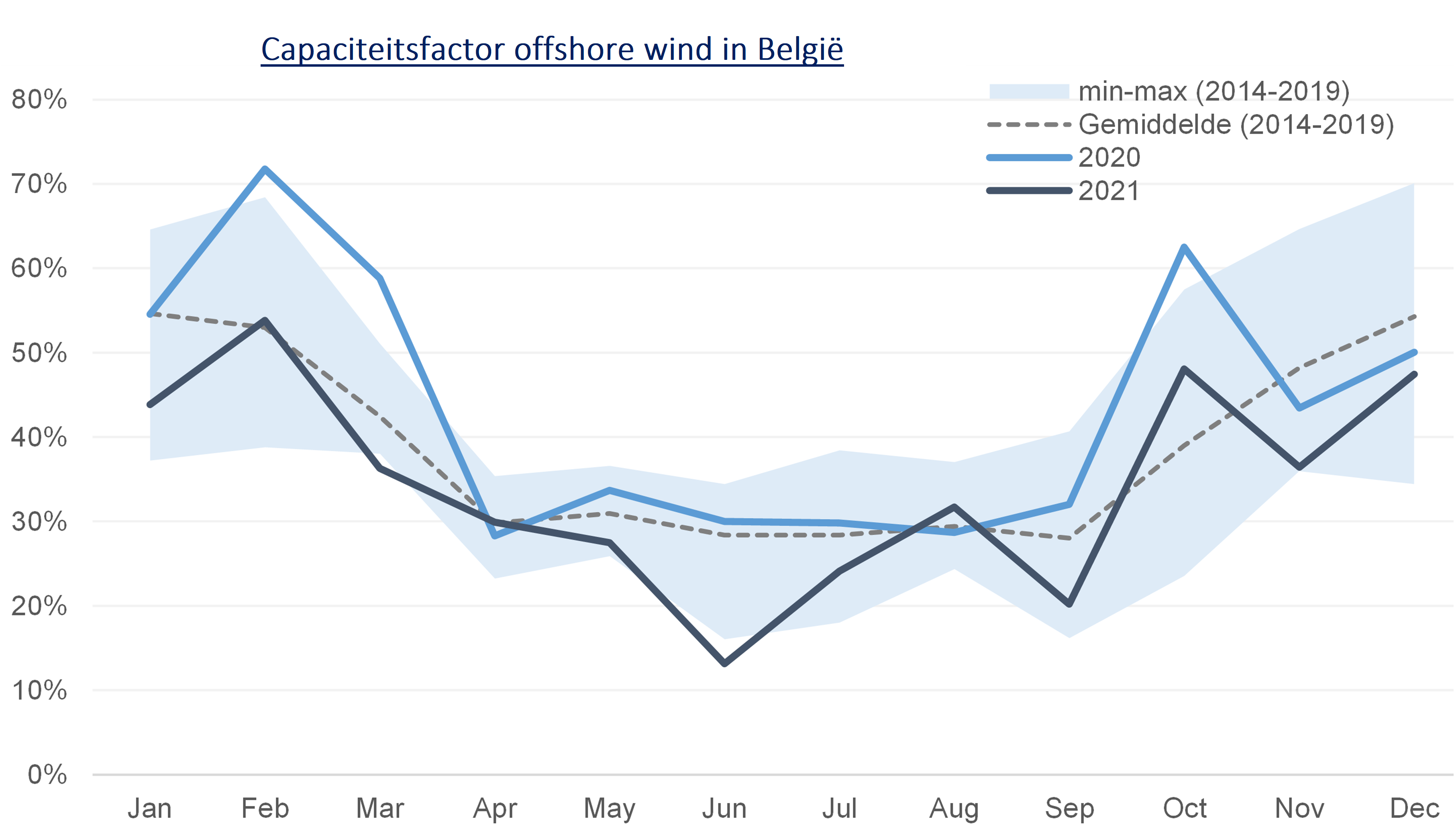 Despite the drop in wind speed, wind farms were able to slightly exceed the 2020 production record (6.73 TWh) in 2021, as the wind turbines installed in spring and autumn 2020 were for the first time operational during the full year.

In 2022, there will be no new wind farms in the Belgian North Sea.

The federal government is working on an amendment to the legislative framework for the tender for up to 3.5 GW of additional offshore wind capacity in the new offshore wind zone, the Princess Elisabeth area. When these new wind farms can become fully operational depends on the federal government for the legislation surrounding the tender procedure, and on the grid operator that must be able to guarantee the connection to the onshore grid.